Whether you bought a new house or business or are just trying to establish a new lawn in Eastern Arkansas, or Western Tennessee, there are some things to consider before spreading new grass seed. The climate in these regions is regarded as humid subtropical with hot, humid summers and moisture year-round. Our winters are generally mild, with the occasional cold snap and snowstorm. Because of this, we fall into what is referred to as the transitional zone. This means that our hot summers can be too hot for cool-season grasses, and our winters can sometimes be too cold for warm-season grasses. This can make maintaining a lawn quite tricky.

We are here today to help you understand the different types of grasses that cover the landscapes throughout Western Arkansas and Eastern Tennessee so that you may decide which turf is best suited for you.

What Is the Difference Between Warm-Season and Cool-Season Grasses? 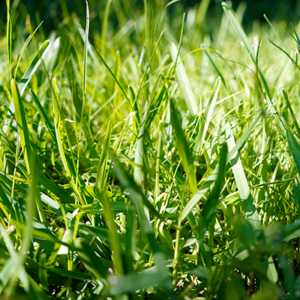 Warm-Season
Warm-season grasses include zoysia, St. Augustine, and centipede and go dormant in the winter when temperatures drop below 65 degrees. Zoysia and St. Augustine fare well in humid regions like the southeast and Gulf while bermudagrass thrives more in warm, dry climates.

Now let’s break these two groups down even further into the different types of warm and cool-season grasses. Focusing on the most common types of turf found in our region, let’s start with the warm-season grasses.

Bermudagrass
Bermudagrass, also known as (Bahama grass, couch grass, or devil’s grass) can survive extreme temperatures and severe drought conditions. It is popular amongst golf courses, athletic fields, and high-profile residential and commercial landscapes due to its vigorous, medium to dark green dense appeal. It is a low-growing, wiry perennial with smooth leaves that are pointed with a ring of white hairs. Its roots can grow up to five feet deep, making it less prone to weed invasions. It’s a popular choice here in the Eastern Arkansas and Western Tennessee area because it has a high tolerance for low temperatures that simply go into dormancy. Unfortunately, it doesn’t fare well up against insects and disease. Its aggressive growth can also foster thatch build-up, and in some regions, it is not used as a grass seed but considered a weed, invading flower, and landscape beddings.

Centipede
Centipede grass requires little maintenance, therefore making it an ideal grass for many homeowners. It is a slow-growing, apple-green-colored, coarse-leaved grass that requires infrequent mowing and little fertilizer. It does require a full six hours of sun and is not tolerable of heavy foot traffic, which doesn’t make it a good grass for athletic fields or golf courses. It also doesn’t fair well with soil compaction or soils high in phosphorous. As popular as it is with homeowners, it can be difficult to grow in states in the transition zone due to our more diverse climate.

Zoysia
Another low-maintenance warm-season grass is zoysia. While it requires attention when it first starts out, it is well-liked due to its ability to stand up to intense heat, drought, and heavy foot traffic.  It is a slow-growing, tough grass and with a fine texture and doesn’t require much water or mowing. It is often grown for its ability to prevent weeds and fungi. It does come with its own set of problems, however. Zoysia grass is invasive and often crowds out all other species of turf on your lawn. Once it has taken over your lawn, it often starts crowding out your flower beds and neighbor’s lawn. It is also prone to thatch and can be extremely difficult to remove. Zoysia is best for warmer climates where the temperatures are consistently above 70 degrees.

St. Augustine
St. Augustine grass, also known as (Charleston grass or Buffalo Turf) is salt-tolerant, making it a great choice along the coastline. Most popular in tropical and subtropical regions, this dark green grass is easily distinguishable by its wider blades. It grows well on a variety of soils as long as it is well-drained. It retains it’s color longer than other warm-season grasses when exposed to cool temperatures and requires infrequent mowing. It does fall prone to turf fungi such as brown patch and gray leaf as well as grubs and sod webworms, but fungicides and insecticides can control both issues. 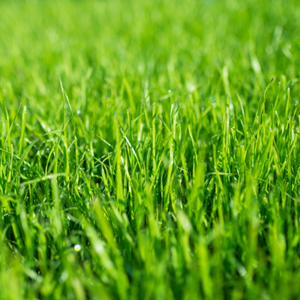 Fescue is a cool-season grass popular with homeowners in the north, but due to its cold, heat, and drought tolerance, it also makes a good choice for those living in the transitional region due to its high tolerance for heat. There are two different types of fescue, fine fescue, and tall fescue. Fine fescue is a bunching grass that is great for cool, shady, dry areas or areas with bad soil quality. Tall fescue has a wider leaf blade than fine fescue and has the added benefit of being drought tolerant. Fescue’s major downfall is that it requires more irrigation, and if we experience a hot, dry summer, it can be too much for this dark green turf.

Kentucky bluegrass
Another cool-season grass found here in Western Arkansas and Eastern Tennessee is Kentucky bluegrass. It is great for establishing new lawns because of its fast-growing roots and ability to recover fast from heavy foot traffic and damage. It is dark green and medium textured. It prefers full sun and can tolerate cold winters but becomes vulnerable to insects and disease when extreme heat is introduced and is only moderately drought resistant. If stressed for water in the summer, it will go dormant. For a more disease-resistant turf, it is often mixed in with ryegrass.

For help determining what type of grass is best for your property or the most effective lawn care after it has been established, contact the professionals at TLC TurfMaster Lawncare, LLC. Our 7-step lawn care program combines the appropriate fertilizer you need with weed control, aeration, and dethatching to ensure your lawn receives the nourishment and strength needed to survive. While it is made for bermudagrass and zoysia grasses, we offer an alternative lawn care program for our residents and businesses who have fescue turf. Contact us to learn more about our 7-step lawn care program and how it can help protect and sustain your lawn. Fill out our online form or give us a call at 901-509-9005.